Dateline: Saturday November 17, 2018 This story on the California Fires is offered particularly for students and professionals in the field of astrology as it pertains to an area of our field that is not always focused upon with enough attention — the charts of States of the Union.

Like the birth of an individual, the start of a job or the beginning of a marriage, the moment a state enters the greater union known as the United States of America, a birth chart comes into being. And the best book on this subject is Horoscopes of the Western Hemisphere by Marc Penfield (originally published in 1984 by ACS Publications at that time in San Diego, CA).

The main reason for this feature is that the planet Uranus — which has an approximate 84-year cycle through the zodiac — is in the process of returning for the second time (the first time-period occurred during 1933-1935) since California entered the Union on September 9, 1850 — with a rectified time by Marc Penfield of 9:41am PST and based in San Jose, CA. Note: Following the inauguration of President George Washington on April 30, 1789, states enter the union via the president signing an official national governmental declaration and then using the capital of that state, at the time, as the place.

Before the publication of Horoscopes of the Western Hemisphere, birth charts of states were known via other books and astro-sources, but they were never compiled into one fantastic volume including a large amount of fascinating and important research.

On a deeper level, the shock-waves produced by the current epoch of Uranus returning to its natal placement in the chart for California is due to it being in fiery Aries at the last degree of the sign — and profoundly and unfortunately in a conjunction with underworld-ruling planet Pluto.

Therefore, a significant explanation for why California is so beset with gargantuan problems — especially linking the unconventional, anarchical, and revolutionary themes of Uranus with the mysterious, secretive and extremely provocative themes of Pluto — is because this region joined the USA during a rare convergence between these two always-perplexing outer planets.

Plus, over the centuries — since Pluto has anomalous short and long transits in various signs (i.e. Pluto going through Scorpio in about 11 years and taking nearly 30 years to go through Taurus) — the frequency of Uranus-Pluto conjunctions shifts from around 110-114 years to 140-145 years. Thus, before California became a state, the previous Uranus-Pluto rendezvous happened at 29 degrees of Leo on September 7, 1710. The next time Uranus and Pluto merged in the zodiac after California became a state occurred three times on October 9, 1965, April 4, 1966, and June 30, 1966 (energizing 17 - 18 degrees of Virgo).

It is noteworthy that while California has the Uranus-Pluto conjunction within one-quarter of one degree of the zodiac, the precise dates at the time-period when California became a state were June 26 and September 25, 1850 and then on March 23, 1851. The three conjunctions were located at 29 and 30 degrees of Aries.

You may remember that in 2017 California experienced one of its worst years of fires throughout the state and this all happened as Uranus was nearing its every-84-year return to its natal position. Then this year on May 12, Uranus exactly came back to its California birth placement and this repeated on November 11 (and it will happen again on March 2 - 3, 2019). 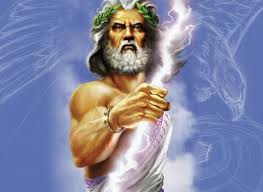 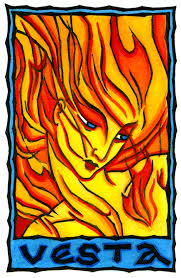 Be aware that one of the 5 charts included with this article is for the approximate time (around sunrise) when the fires around the city of Paradise began on Thursday November 8, and just hours after the largest planet in our solar system — Jupiter - made its first entry into fiery Sagittarius in 12 years. There was also a Vesta-Pluto conjunction in the sky that had just occurred the day before at the November 7 New Moon in intense-passionate Scorpio and right at the middle of this sign (15 Scorpio) – which is one of the four most powerful points in the entire zodiac. And regarding Vesta, this asteroid is totally connected to the themes of the Eternal Flame, hearth fires, and everything that relates to the element of fire, positive or negative.

As I was working on composing this story and at almost the precise moment I thought of going back to the 1930s to see if any major California fires had occurred the last time Uranus had returned to its California zodiacal placement, a news report on TV began discussing the previous worst loss of life during a fire in the golden state — the Griffith Park Fire in Los Angeles that happened during only a few deadly hours on October 3, 1933, a fire that killed 29 people when Uranus was approaching its first-ever return for California, at 27 degrees of Aries.

Now that the Camp Fire in Northern California has killed over 70 people and with potentially nearing 1,000 individuals still missing, this horrific disaster (along with the current Woolsey fire creating another catastrophe around Malibu and Thousand Oaks) is clearly now a national calamity and not just a California crisis.

Associated with all of this is the Secondary Progressed chart for California as well as the Scorpio New Moon chart of November 7, 2018 whose astro-locality map I published in our Global Hot Spots section of this website at the time of the Midterm Elections, revealing transiting Neptune in Pisces at the IC or 4th house cusp going through the greater San Francisco region, including the devastated city of Paradise. In the California progressed chart, you will see the progressed Sun and progressed Neptune approaching a conjunction in Pisces that will take effect next summer in 2019 while the California progressed Sun already united with the California natal Neptune this last spring.

If Uranus is so involved with the fiery energies, why is Neptune also so prominent? As we are all learning last year and this year, the fires can produce terrible flooding, mudslides and massive confusion (negative attributes associated with Neptune). Just remember what happened over the winter in and around Montecito (out-of-control fires that led to horrendous flooding and mudslides) and the dangerous air quality now spreading throughout the state and up into Oregon and drifting into other states, too, causing alarming increases in breathing problems, as well as a rapidly-enlarging humanitarian crisis of homelessness and, for many, financial ruin. (Neptune, much more so than Uranus, is a planet that is associated with the whole of humanity, collective consciousness and the need for compassion and expression of heart-felt love and care for the afflicted.)

While Neptune is a big influence in California’s progressed chart (that also reveals a powerful, fiery Sagittarius Moon and an exact Ceres-Saturn conjunction at 19 degrees of Aries) and Neptune is profoundly influencing California because it is zodiacally below the Earth at the current New Moon cycle, transiting Neptune at 16+ degrees of Pisces came within one-sixth of one degree of exactly opposing California’s natal Sun at 16+degrees of Virgo this past June and this polarity will finally become precise on March 19 - 21, 2019 (when the transiting Sun also enters fiery Aries), and with two more exact oppositions in October 2019 and January 2020. Thus, the shadowy themes of Neptune — including flooding, mudslides, and other “water-related” events, plus the humanitarian crises that will inevitably follow — are not just culminating now, but could become just as severe or worse in the next year or so.

Another chart that I have selected to post with this story is for the day (May 12, 2018) of the first of the three exact Uranus Returns happening this year and into the first part of 2019. Notice that as Uranus made its fateful return on May 12, the Moon (ruling the people and masses in Mundane or World Astrology) was in Aries, and Uranus was not alone, but Mercury was within a degree of Uranus and exactly square to Mars in late-Capricorn.

Mercury, the Messenger of the Gods planet, has so much to do with weather conditions as well as communication and transportation matters and health concerns - and these areas of life are now combining into a “perfect storm” of calamity in Northern California. And, as everyone knows in astrology, Mars always has connections with fire (as the ruling planet of Aries), inflammatory actions, burns and explosive conflagrations, and angry, brash remarks (consider the president’s original condemnation of California’s supposed forest mismanagement and that he might withhold federal disaster emergency funds for the victims and the rebuilding efforts that must take place). Therefore, Mercury with Uranus and exactly square to Mars during the first Uranus Return this past May explains the exacerbation of the current Uranian upsurge of explosive-volatile events – uprooting families, destroying an entire city, burning vast areas of wilderness, and killing thousands of animals, trees and vegetation.

Of course, I haven’t even touched on the subject of earthquakes along the West Coast and all the worries for many decades that the so-called “Big One” could occur at any time. Let’s also not forget the volcanic fires (remember the eruption of Mount St. Helens in the state of Washington on May 18, 1980) that are a deep concern for the entire Ring of Fire that includes Alaska, Hawaii, and the many Asian nations that are a vital part of the Pacific Ocean and its underground support system.

Right now the emphasis is on dealing with the current state and national problems — along with the realization that many celestial bodies, sky configurations, natal, progressed and transiting charts, and astro-locality maps are involved, and we — as a human family — are all in this together.

Anticipate one or more future updates for this California Fire story.

Closing Notes: As I write this story, Uranus retrograde is exactly transiting the California Natal Pluto. Concerning Secondary Progressed charts – they are based on the traditional system of each day after birth being equal to a year of life. Since it has been 168 years since California entered the Union, we go forward 168 days after September 9, 1850 – California becoming a state – to find the progressed placements of February 24, 1851 as the adjusted calculation date corresponding to California’s progressed chart now in November 2018. Progressed movements of the Sun, Moon, planets, asteroids and other celestial bodies are very important to consider and should never be forgotten when students of astrology or people seeking information on their “cycles” want to understand the cosmic influences taking place in their lives. 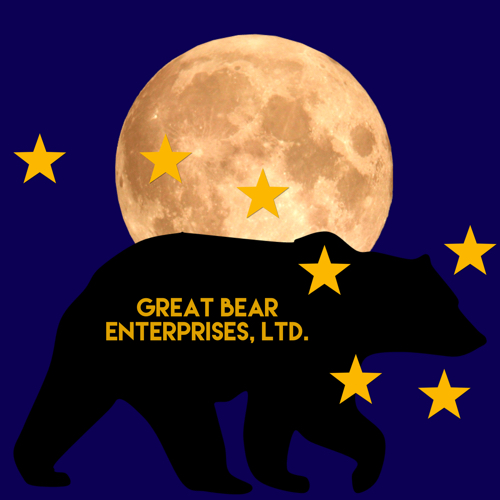 Astro Flash: The Astrology of the 2020 US Elections & the Next Inauguration Part 1

New AstroScope Podcast: The Dawning of the Age of Aquarius takes 90+ Years